Let us hold fast the confession of our hope without wavering, for he who promised is faithful. (Hebrews 10:23) 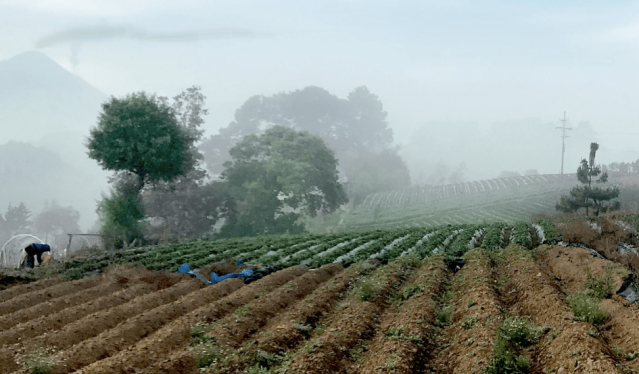 Like many boys his age, Hermann loved to climb trees. The lively eight-year-old was confident. He strove to mimic the effortless skills of the Guatemalan Howler Monkey native to his country’s forests. During one climb he reached for a higher hold. Hermann lost his grip, slipped, and fell nine feet head first onto the pavement. Doctors offered little hope for the unconscious boy who was rushed into their care.

“Lord, I asked you for a son and now you will take him away? No!”

Even so, his mother kept a prayerful vigil at his bedside. After several days without improvement, the neurologist told her that Hermann would not make it. Even if he did, the doctor claimed that Hermann would be brain damaged. But his mother would not give up. Hermann’s uncle repeated the doctor’s words to her and said, “Be ready for the Lord to take him home.” He was preparing her for the worst, but it only made her dig in deeper. She was angry at God until her sister came to pray with her and said, “Give your son to the Lord.” She heard the wisdom in that counsel and finally surrendered praying, “I live for the glory of God. If Hermann lives, Lord, let him live for your glory. If not, he is yours.” Her son woke up the next morning as though nothing happened. There was no neurological damage at all, save a slight cast in his right eye. 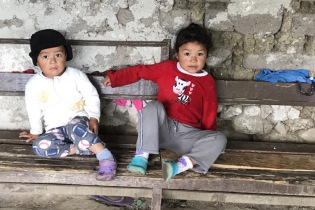 Guatemala is less than half the size of Oregon. Sitting astride the Ring of Fire, it has 37 volcanoes, some of which still plume. When Spanish Conquistadors arrived, they drove most of the Mayan people into the mountains seizing the region’s fertile plains. They enslave others and imposed Catholicism on everyone. Today, most of Guatemala’s 50 million people are nominally Catholic but retain some belief in their ancestral gods.

Hermann grew up in a family with a rich legacy of faith, the oldest of five siblings. And they are very poor. Most villages lack electricity or running water. Those with homes live in bamboo shacks and adobe homes. Poverty was something shared by most Guatemalans. Ever mindful of his people’s physical and spiritual needs, Hermann’s grandfather was the pastor of a church in the city who often went to plant churches in remote Mayan villages. Hermann’s mother, a teacher, was a leader in Granddad’s church. His father opted for a career in firefighting, risking his life for people he did not know. Both gifted Hermann with a legacy of service.

Hermann recalls a time after high school when he and a group of youth from his church took a bus ride for about two hours to a remote village. They got off in the middle of nowhere, then hiked into the mountains for another hour through snake-infested jungles. Arriving at their destination, they began inviting people to gather under a nearby tree and hear about God. After several weeks of powerful meetings, the villagers became more hospitable. They offered to share water with them. This was no small courtesy since villagers hiked an hour to their water source. As Hermann took the glass offered to him, he thought, “Should I drink this?” Water-borne diseases were a major problem in these villages. And then he remembered what Jesus had said, “…these signs will accompany those who believe… if they drink any deadly poison, it will not hurt them…”

Hermann drank the brown, untreated water and never got sick. Had God made it holy?

As their stay came to an end and they were leaving the village, a lady stopped them, “Please come and pray for my daughter. She is feverish with vomiting and diarrhea.” The group was in a hurry to catch the last bus home, but Hermann still went with the woman and prayed for her daughter. He recalls praying the fastest, most uninspiring prayer he had ever prayed. He had to finish fast so he could catch the bus.

When Hermann returned with his family the following Sunday, the mother stood up in the service. She declared, “Twenty minutes after you left, my daughter was completely healed.” Hermann remembers that the church in this village began on that day. Every one of those villagers had seen the power of God and they responded in faith.

Sitting at a table, enjoying the alluring aroma of Guatemalan coffee rising from his cup, Dr. Alb shares how the Lord led him to become a missionary doctor to his country.

Hermann had a front row seat to miraculous happenings throughout his teen years. But he felt the tide of his life pulling him from ministry and in a different direction. He recalls his uncle, a physician, saying to him, “Hermann, become a doctor. It‘s a money tree.” Determined to rise above the poverty of his childhood, he resolved to do so and worked hard to earn his MD. Along the way, he married Linda, a teacher, who he had met at a Christian youth conference. They looked forward to a good life filled with good things. And, of course, he planned to use his wealth to serve God.

As he finished medical school, his pastor invited him to help him with medical clinics in rural villages. He saw many patients and many healings, both medical and miraculous. Besides the care they provided, the team shared the Gospel in every village. Hermann was again impressed by the powerful presence of the Holy Spirit. As he was driving the team’s van back to Guatemala City on one particular trip, the others were singing worship songs. Without warning, God said to him, “My son, I have chosen you as a pioneer. What you have seen these days is nothing compared to what you will see. Serve me and I will bless you and prosper you.” Weeping with joy, Hermann pulled the van to the side of the road. When he told Linda about it, she said, “If the Lord said so, let’s do it.” With that, the course of their lives changed. Hermann thought he knew why he wanted to be a physician – so that he would not be poor. Now he understood why God wanted him to be a physician – to bring the word of God to the people of Guatemala. But there would be no money tree.

And so there were challenges. As they began, a benefactor gave them a wrecked 1977 Toyota. They had to pay $400 to fix it. But they trusted God and he met their needs in small and unexpected ways. Hermann began crisscrossing Guatemala, healing people and sharing God’s love. He and Linda teetered on the edge of poverty but they kept recalling God’s words. They were certain that he would take care of their family as they focused on his work.

They remained frugal and were finally able to set aside a little money each month for a house. They were getting close to their financial goal when God said to Hermann, “Give the money you saved to your pastor.” He shared that with his wife, sure she would balk. Linda said yet again, “If the Lord says so, then let’s do it.” Far from suffering lack after giving away their savings, God began to bless them. Medical teams from the U.S. started to contribute, providing resources for their missions. The ministry Hermann and Linda founded began to grow in reach and influence, as the fragrance of God’s work among them spread ever farther. 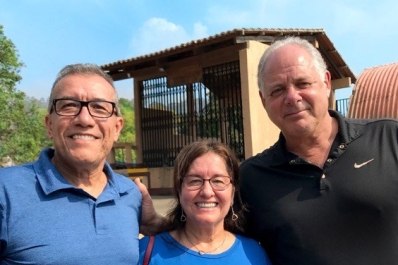 Every morning when Dr. Hermann Alb wakes up, he sees a cross-eyed face looking back from the bathroom mirror while he shaves. His skewed eye is a memento of God’s miraculous hand on his life. He has thought about having surgery to fix it but always relented. He likes the reminder of the faithfulness into which he was born, and of the faithful God who can do anything.