“…you will receive power when the Holy Spirit has come upon you and you will be my witnesses in Jerusalem and in all Judea and Samaria and to the end of the earth.” (Acts 1:8)

If you draw a line from Jerusalem through the center of the Earth, you will end up in the South Pacific – literally the end of the Earth!  While it was heavily “Christianized” in the past two centuries, it was heavy on behavior and light on the Holy Spirit.  What remains has been mixed with old tribal beliefs and superstitions and is not the Gospel as we know it.  A door has opened for the Gospel and people are responding by the thousands throughout the islands.  Scores of fervent new pastors are being released into the region.  And at the request of the Area Missionary for the South Pacific, Beaverton Foursquare is investing in pastoral training of these new pastors.

Pray for these new pastors; that the Gospel would go forth through them and by the power of the Holy Spirit.

This summer, we were able to take a team to Prince of Wales Island in Southeast Alaska. We were invited by people of the Haida nation and the Tlinget nation to come and work with them in their effort to restore their cultural heritage.  In the past century, Christian missionaries, in an effort to civilize the people of southeast Alaska, took actions that disrupted and damaged their culture.  Foursquare, in an effort to build, has taken the approach that since Christians broke it, Christians should fix it.   We built a canoe pavilion in Klawock, a carving hut in Kasaan, and worked to complete a retreat center in Coffman Cove. 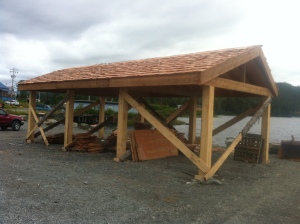 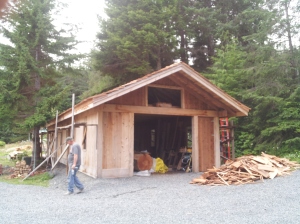 The Carving Hut in Kasaan

We were met with gracious hospitality.  We are creating opportunities for the Gospel, opportunities that were lost after the first Christian encounter with Southeast Alaska.  As one young Haida woman put it, “the Haida already believed in God, all you had to do was tell us who He is.”